The Ripa Lineage Holders and the Succession of Ripa Incarnations

The Ripa Lineage was first established in Tibet in the 12th or 13th century by the Dharma practitioner Senge Wangchuk, the lineage founder, in the Barom Kagyu tradition, one of the four principle schools of the Kagyupa. In the 18th century, the lineage became more prominent, with the birth of Ripa Pema Dejed Rolpa (around 1776), who was the first Ripa throne-holder (Den-Rab), lineage-holder (Dhung-Rab), and head of the Ripa family and Ripa Monasteries. He was recognized by the 13th Karmapa, Dudul Dorje, as the reincarnation of the highly accomplished Tantric master of the Kagyu tradition, as Ripa Pawo Thinley Dorje. 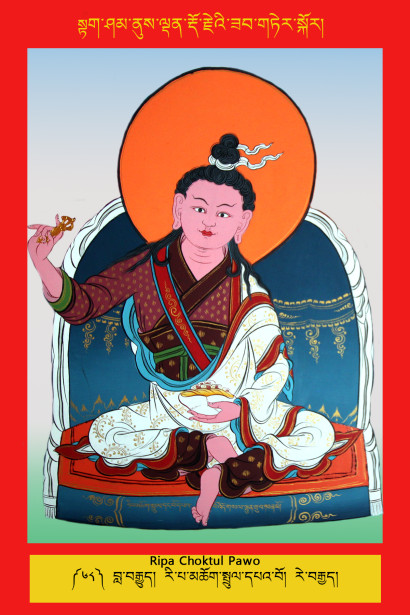 Ripa Je Pema Dejed Rolpa was the 2nd Ripa Chogtrul, and since then, the tradition of the Ripa Lineage and Ripa Incarnations came into being. 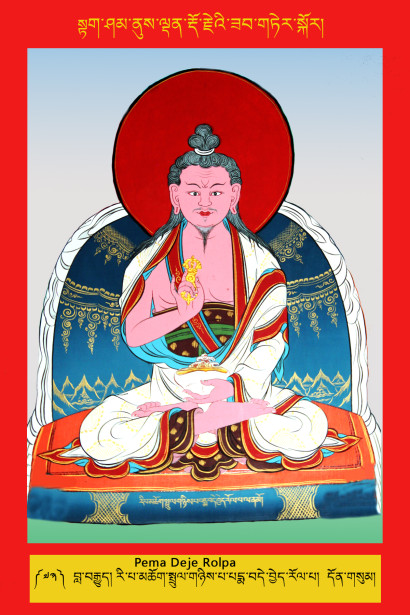 This tradition of the Ripa incarnations was followed by the 3rd Ripa Chogtrul, Pema Dhundrub Gyaltsen, and the 4th Ripa Chogtrul, Drubwang Azin Rinpoche, or Ritrul Rigzin Choegyal (1933-1997). 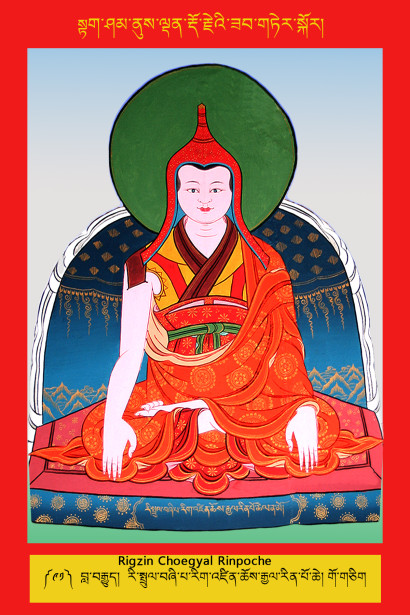 The 2nd Ripa family lineage-holder was Drubwang Nyedon Rinpoche (1844-1901); he followed sublime spiritual teachers such as his honorable father, the master Drubwang Tsoknyi, and others. 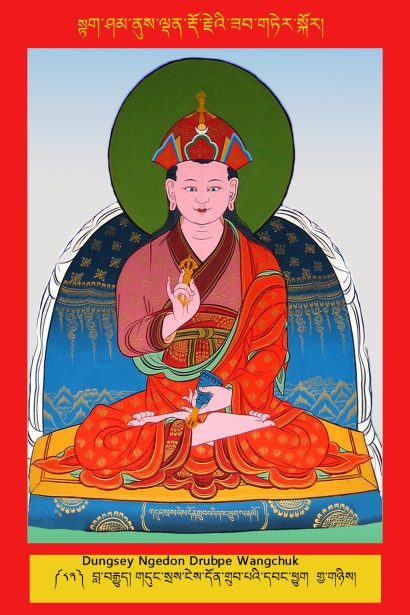 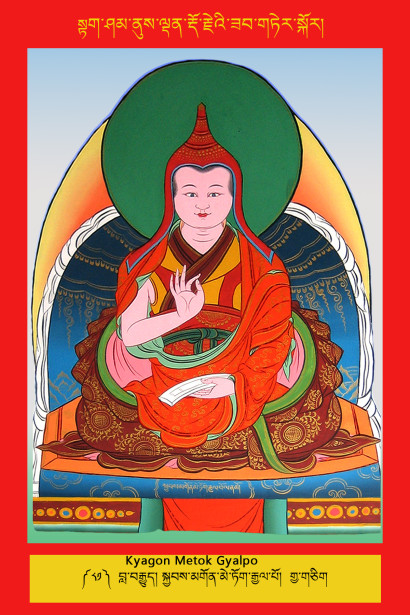 During his and his brother Kyabgon Metok Gyalp’s reign, from the seat of the Tibetan Government at the Ganden Podrang and from Kunling Pashod Labrang, he was decorated with the golden riding hat, a golden riding gown made of fine brocade, and his horse was covered with yellow armor, and a golden head-ornament. An official letter with a stamp and a ceremonial umbrella were also given. In this way, his position as a great Lama was honored. According to prophecy he accepted a daughter of the Dorma family of Dhoshul as his consort. While in the midst of engaging in the vast promulgation of the sacred dharma thorough his enlightened activity of sustaining ripening and liberation, in 1901 he demonstrated the act of allowing his physical body to dissolve into Dharmakaya. 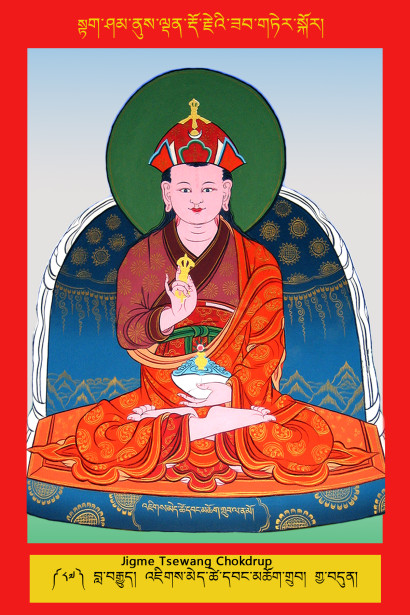 The 3rd Ripa family lineage-holder was Drubwang Jigme Tsewang Chokdrub (1891-1954); he followed as his masters, his honorable father the Drubwang Bhyo Rigdzin. Renowned as an emanation of Dorje Drolo, he had great compassion and incredible power of speech. He took as his wife, Yungdrung Lhamo, daughter of the Bonkar family of Riwoche. Again, according to prophecy, that master took the descendent of Drubwang Shakya Shri, Palden Tsomo, as his consort. Thus through this visionary act of great kindness and union, the Ripa familial and Dharma lineage was secured. Finally, at the age of 63, in the Wood Horse Year, 1954, Drubwang Jigme Tsewang Chogrub passed away 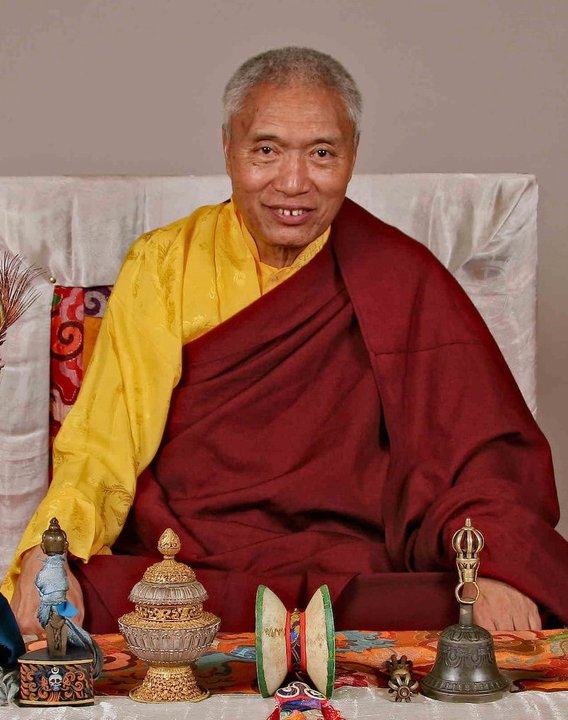 The 4th and current Ripa family lineage-holder is His Eminence Kyabje Terton Namkha Drimed Rabjam Rinpoche. He is supreme head of the Ripa lineage of the Nyingma of Vajrayana Buddhism and a living Terton. His Eminence is also head of the Ripa Monasteries in Tibet, India and Nepal, and Ripa Centers throughout world. 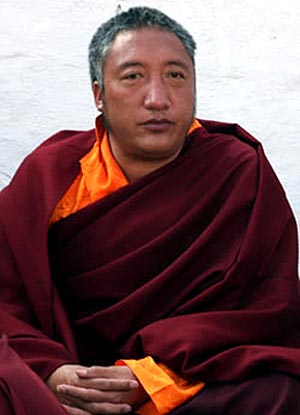 Dhungsey Tenzin Nyima Rinpoche was born in 1959 as the son of H.E. Terton Namkha Drimed Rabjam Rinpoche and spiritual heir of the Ripa lineage tradition. He currently serves as the spiritual and executive head of Rigon Tashi Choeling Monastery in Tibet and its surrounding population, promoting and propagating the Buddha Dharma, particularly practices of the Ripa lineage. 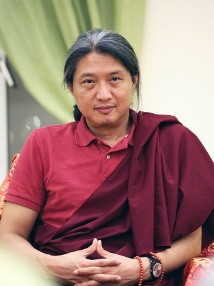 Dhungsey Gytrul Jigme Rinpoche was born in 1970 as the son of H.E. Terton Namkha Drimed Rabjam Rinpoche and spiritual heir of the Ripa lineage tradition. His mother Khandro Chime Dolkar, also descends from a noble family of Bhutanese descent. Gyetrul Jigme Rinpoche is the holder of two spiritual lineages, including both the Ripa Lineage or hereditary line, into which he was born, and as well as the head of the Pema Lingpa Lineage of Gyeling Ogyen Mindrolling, in the hidden land of Pemako, which he carries forward from his previous life as, Tulku. 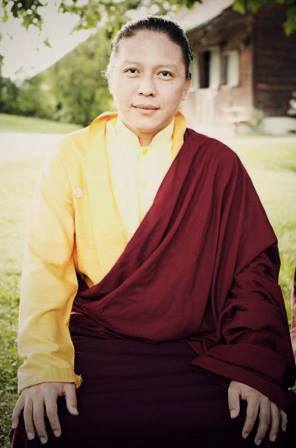 Dhungsey Lhuntrul Dechen Gyurme Rinpoche was born in 1976 as the son of H.E. Terton Namkha Drimed Rabjam Rinpoche and Sangyum Chime Dolkar. He is the spiritual heir of the Ripa lineage and recognized as the reincarnation of Jigme Tempay Gyeltsen, the 3rd Tamdrin Lhunpo Chogtrul. At Ngagyur Nyingma College, Mysore, he completed the study and contemplation of sutra, tantra, and general liberal arts topics, and completed the full nine-year program. He is currently executive head of Rigon Tashi Choeling Monastery, Nepal, and widely renowned for the beneficial power of his ritual performances for the well being of all sentient beings.